The day arrived for me to visit the Argentina side of Iguassu Falls before making my way to Brazil. I’ve heard for a while how Iguassu Falls are one of the top attractions in the entire world. I’ve been to the Egyptian pyramids, and at the time they seemed to me the epitome of Wonders of the World, (it was the pyramids, after all). Living fairly close to Niagara Falls and seeing them multiple times growing up, it kind of made the novelty of waterfalls wear off a bit. However, these waterfalls of Iguassu National Park are even bigger and it’s not even their bigger size that makes them most exciting.

It’s the boardwalks that take you through trails of lush greenery on your way to the main lookout points, with brooks and mini falls teasing you and adding excitement for what’s ahead. The boardwalks are winding and climbing and twisting and turning, leading you to multiple little lookout points from way up high, overlooking the stunningly huge bodies of water below. There are 275 individual waterfalls that make up the falls, the biggest of them all being Devil’s Throat.

Although both parks on each side of Argentina and Brazil are UNESCO World Heritage Sites, there is often debate of who has the better side.  I’ve heard it’s widely believed that the Brazilian side is the best, but I’m not so easily convinced that their side is necessarily best. Both sides offer different experiences. Here in Argentina, there is a larger system of trails and catwalks that brought us up-close with some of the smaller waterfalls.  We got on a zodiac boat and became completely drenched as we surfed underneath the falls. Not underneath Devil’s Throat, that’s suicide . . . but some of the smaller ones that cascade over the cliffs. And when I say smaller, I don’t mean a tiny trickle. It’s Iguassu. Small is still a giant waterfall. You knew you were going to get absolutely soaked!

I was actually pretty nervous when the boat zoomed forwards to the falls. They were so loud and I was a little uncomfortable with my camera being on board even though it was tucked away in one of the waterproof bags they provide. I was also nervous in case the water was going to bombard into my mouth so I couldn’t breathe or be freezing cold. I had been shivering for a while because I was the lucky one handed the only wet, soggy life jacket that someone had already worn that day. Greg was kind enough to offer me his dry life jacket, but the driver of the boat yelled at us. So the exchange didn’t happen. The adrenaline kicked in when the weight of the water crashed down on my head and hearing everyone scream in excitement. I bounced wildly up and down in my seat with clenched fists screaming “Eee!” like a little kid. The videographer, seeing me, walks up and zooms in on me. I sincerely hope I entertained whomever it was that ended up purchasing the video.

After pressing on and spending the day hiking the rest of the trails, we ended up right at the edge of Devil’s Throat. Here we really felt the spray of the falls. Eventually it felt less like a spray and more like raining buckets. 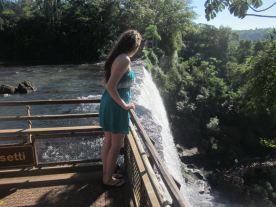 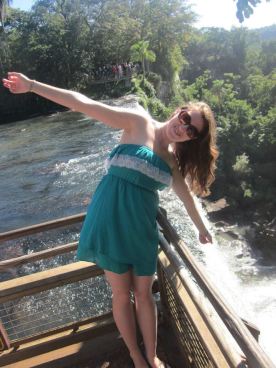 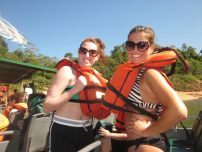 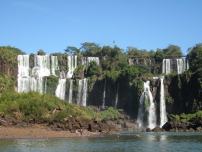 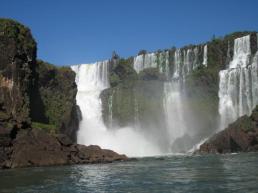 What do you think? I'd love to hear from you! Cancel reply 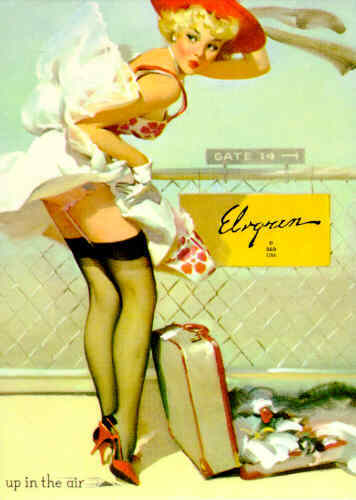